When I started running, I discovered that there’s this runners high that is so amazing!

While at the same time being exhausted and tired.

You stand there among hundreds of strangers, who have now somehow become your friends.

You jump on the spot and feel the adrenaline build as you panic about what you have gotten yourself into but you are excited to be doing something so amazing…so out of the box…that you can hardly stand it!

I wanted to share this experience and that feeling with everyone!

So I started searching other running events that would appeal to my family and friends. Hoping that if I could find an event that would appeal to a non-runner, then I might just be able to convince them to run an event with me, and who knows, maybe they might feel the same passion as I do about running?! 🙂

When I saw that M.A.D.D. Canada had a 5K event, I just knew I had to do it, and I knew just the right person to do it with me!

Laurie has been seriously effect by impaired driving. Unfortunately, on more than one occasion!

I was thrilled when she agreed to do it. This would mark her first 5K run, and though she was skeptical at first, I think she really surprised herself  🙂

After Laurie’s second crash she reached out to MADD Canada Wellington Chapter for support and she still volunteers for them from time to time. So this was a perfect event to introduce Laurie to running.

I will never forget receiving that phone call asking me to come, because Laurie was in an accident.

Not knowing how bad she was or what had happened my mind started thinking the worst!

“No! Stop Thinking That!”  My tears would fill my eyes as I tried not to think about it.

I rushed to her house as fast as I could, hoping for more details when I arrived.

The impact of the SUV hitting her small four door sedan left an exact imprint of his license plate imbedded in Laurie’s car!

The drivers door was pushed back over a foot, it is a miracle she got herself out!

Backseat? There was no back seat left! The mangled remains of her sons carseat was all you could make out. If he had been in that car…Never mind…I don’t even want to imagine.

Since Laurie’s accident she has made an incredible recovery, and completing this run just proves her strength and determination.

We completed this 5K strong and proud!  When we were arrived home after this run, Laurie started researching our next one!

The location was beautiful along the water with a view of the CN Tower off in the distance! 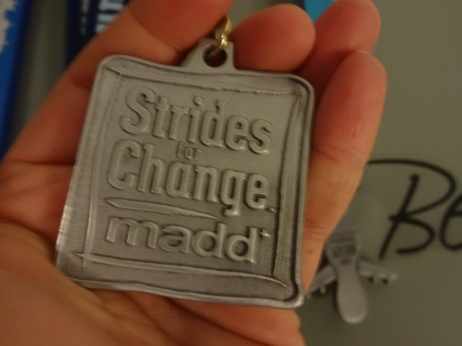 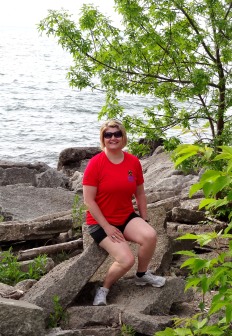 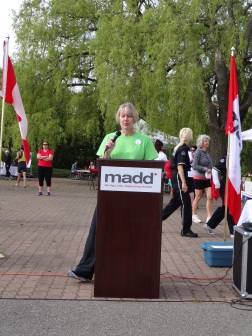 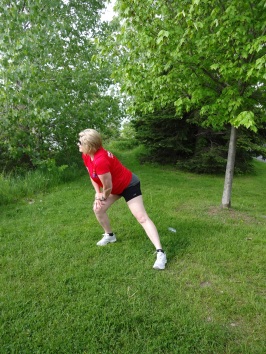 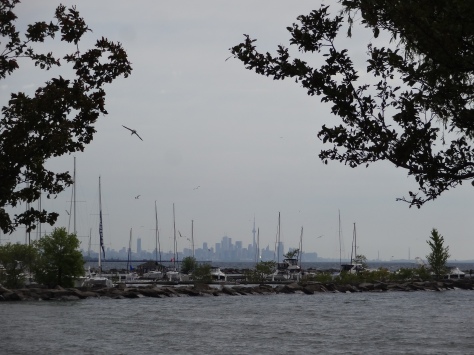