I have never felt more proud to be Canadian!!

Last weekend in our beautiful capital city, I completed the “Canadian Army Commanders Challenge”,  in honor of my late Grandfather, Vaughn Lawrence, who served in WW2.

The Commanders Challenge consists of running a 5K followed by a Half Marathon (21.1K).  For a total of 26.1km…What was I thinking?

We heard there was a light show at the Parliament building, so we decided to check it out.

We were amongst thousands who had come out to see the show. We found a spot on the grass and waited.

All the lights on the parliament building went black and the show began.

The lights told the story of the history of Canada, and as the story was told, images would be projected onto the building. Sometimes these images completely transformed the building!

It showed the building burning! Even though it was just lights…it looked like the building was actually burning!! At the very end of the performance the whole building turn into a Canadian flag!

The next morning we were set to start our  commanders challenge.

First up…5K. I ran this one a little slower than normal hoping to save some energy for the half 🙂 We ran through the streets of Ottawa past all the important buildings. We even got to run with the Prime Minister…Mr.Justin Trudeau!! Well not right beside him but he was one of the many people who ran that 5k race with us! How cool is that…the Prime Minister of Canada ran a race that I also ran!! At the same time!!

With the 5K now under our belt we were out to conquer the Half Marathon, and by this time the heat had reached temperatures around 29 degrees…It was HOT!

About half way through this run, my legs started to cramp and seize. It was painful. Every time I tried to run they would just lock right up! So, I decided to listen to my body and walk for a while. I wasn’t there to break any records and since I had never done a half before, I had no expectations or time to beat.

When I turn the corner and saw the finish line…The first thing I saw was a row of soldiers, cheering and clapping, and I knew I couldn’t walk to the finish line, not today! I just couldn’t. So … I picked up those cement blocks that I called feet and I ran my hardest to that finish line! In excruciating pain and tears rolling down my face. I could hear my friend, Laurie, screaming for me to go hard….With what little energy I had left… I gave it everything I could and crossed that finish line!

It wasn’t my best time, it was definitely not my best performance and it most definitely wasn’t a picture perfect finish…but I finished it!!  I completed it and I’m very proud of myself for that! 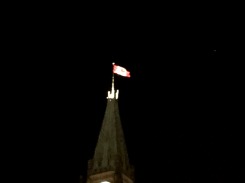 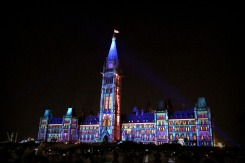 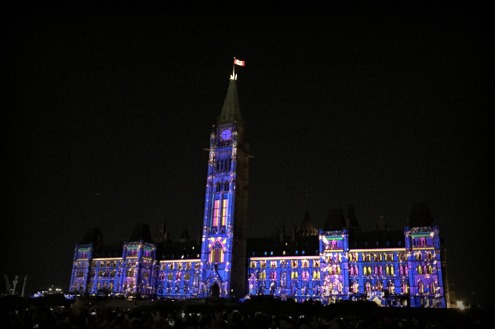 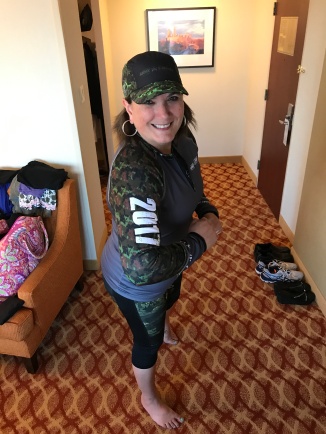 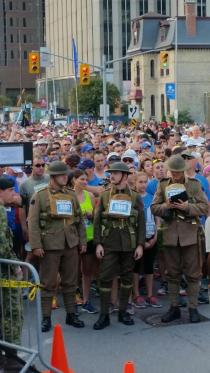 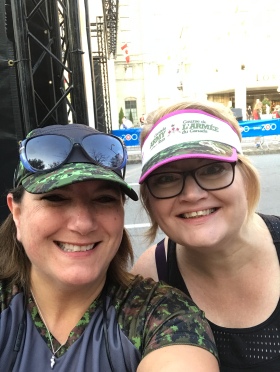 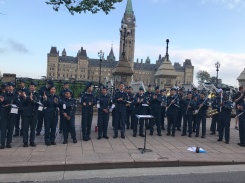 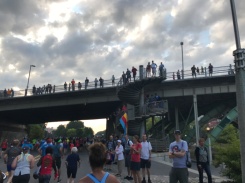 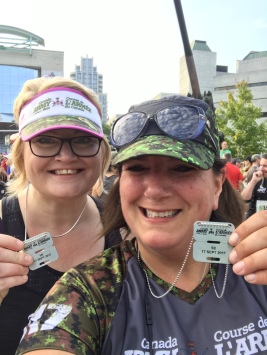 Proud to support our Troops 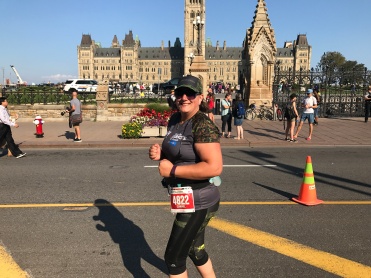 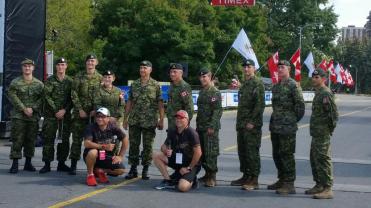