What an unexpected fun day!

John and I purchased tickets to this mud event for our nephews birthday way back in April. Unfortunately, he had to work that day, so I got to do this one with John instead.

One of the main reasons why I wasn’t going to do this run was because Zombies are not really my thing. I actually don’t like them what so ever. So to say this would not have been my first choice would have been an understatement.

However… I had so much fun at this event! I am thrilled that I got to do it.

The zombies surprised me, everything I know about zombies (which is not a lot) I always thought zombies were pretty slow and dopey kind of…there were zombies like that but there were also very fast zombies who chased you!!! No Joke!

Making this event not only challenging and fun but also very exciting!!

We hooked up with another couple of people and decided to stick with them throughout the race. (Zombies don’t do well with groups of people)

The course was awesome! They had us crawling under bridges, through mud pits, under buildings and even through a  corn maze, just to name a few.

Half way around the course was a vaccination station which granted you one free life.

Kit pick up was on event day at the even location, to make things really easy! Kits included a tech t-shirt, a wrist band for beer, a belt containing 3 flags representing your lives and a medal at the completion of the course.

Parking was easy and free on the side of the road. Location was perfect! Lots of space and winding turns made things interesting. The only negative about the course was, the last stretch was outside the resort along the road, I felt like we were no longer on the course, it was a little strange.

In the end John and I both completed our race with 2 lives left. Therefore we were considered survivors and received the survivors medal!

I had a great time, and I will never again underestimate the speed to which a zombie can run!!

Note to self: Zombies run fast when they are hungry! 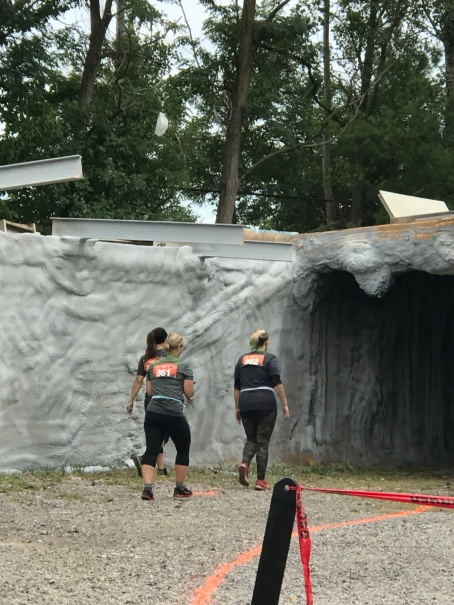 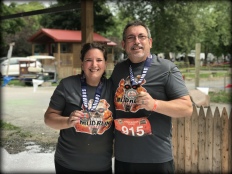 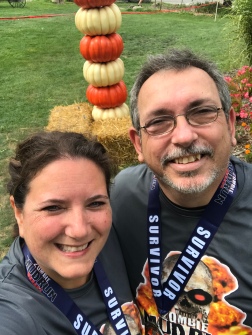 We both had two lives left 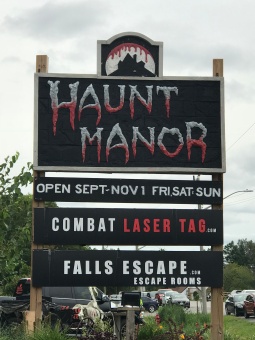 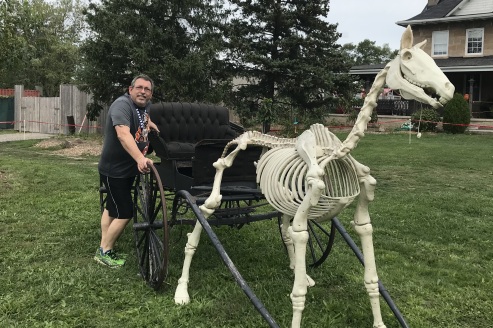 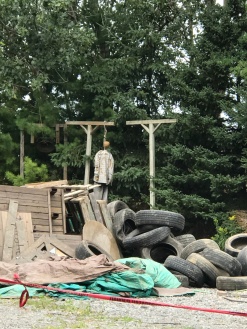 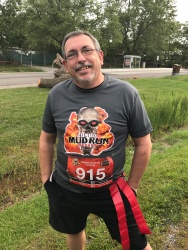 My Partner in Mud 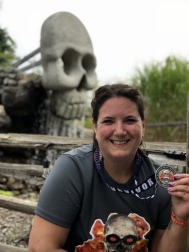