This is was FIRST Marathon and I was beyond nervous and a little excited!

We arrived early to the start line because we had heard, with the amount of people who were going to be there, it might take some time to get to our correct corral.

Once we found our corral, we huddled with the others awaiting our time to begin. It was freezing rain, with a cool wind but we made sure we dresses for the weather…Also we had come from Canada, where they just received a ton of snow, so a little freezing rain didn’t scare us.

They let one corral go at a time to have better spacing between runners. Each and every corral started with a confetti shower. It was awesome! It seemed to take forever for our time to start but once it did we were very excited to get our legs moving and start to heat up.

The route was great! It was a bit hilly but it was nice to see Tulsa in this way. Part of the route was on the Historical Route 66 which made it even more memorable and the addition of the tunnels was a nice touch!

For me the first half was tough, I was trying not to get into my head too much. Good thing I had Laurie to help me through it. 🙂 The mind games our brains play on us, can really put a wrench in your plans. The first half also had a ton of road side entertainment! It was amazing to see neighbors standing in the cold at the end of their driveways cheering! Offering everything from Jello Shooters to pretzels.  A huge community outpouring of support, really made this run a cut above the rest!

In the last half I flew solo, and I didn’t do too badly. Unlike my last few races, I listened to my body… I stopped at all Gatorade station which also meant I had to stop at every porta-potty 😦 and I didn’t run when my legs started to cramp, instead of thinking I can run through the pain.  I also made sure eat my snacks every hour or so. The last half had a lot less neighbors, but there was still a few offering water, juice and even ibuprofen (which I welcomed…Thank you)

At about 23 miles, the event staff alerted me that they were opening the roads and I would have to finish on the sidewalk. No big deal, until… they took away all my mile markers!!! I had no idea where I was at 😦 all my devices (Watch and Phone) had died so I was running blind.  Being from out of town, this made me panic a little.

The closer I got to the end the more confused I became, just not knowing the route or the area and having all the markers being removed, it was a bit scary.

Then like an oasis, an amazing pair of runners had caught up to me. We started chatting and it turned out they knew the route!! Thank you Lord! I stuck with them for the last 2 miles.

Close to the end of the course is a detour called, “Center of the Universe”.

The “Center of the Universe” is a little-known mysterious acoustic phenomenon. It’s basically an overpass that has a cement circle in the middle, surrounded by bricks.

If you stand in the middle of the circle and make a noise, the sound is echoed back several times louder than it was made. If you choose to do the detour, you are awarded an extra coin.

Once you arrive at the detour sign, it was up to you. If you want to add the 0.03 of a mile to your run (making it the world shortest Ultra Marathon) you follow the detour sign to the Center of the Universe. If not you can choose to bypass it and head straight to the finish line. Totally up to you.

Of course I did the detour!!! Why the heck not? I was a little disappointed though, I mean the Center of the Universe is pretty neat, not much to look at but looking at it isn’t really what it is all about. The echo was cool! I was disappointed because by the time I got there, there wasn’t a single person there…just a lonely cardboard box on a table. 😦 I arrived too late for the party that was supposed to be waiting there 😦 Never the less, I collected my coin, stood in the Center of the Universe and thanked the Universe for helping me through this event! 🙂

The finish line was within a few blocks, when out of the corner of my eye I saw a familiar face…It was Laurie! She was waiting for me… cheering me on!!! What an amazing feeling seeing her there. She told me I was so close to the end and to go strong!

Following her advise…I did just that. I rounded the corner and could see the finish line in sight. My legs were fried, both feet were blisters, upon blisters, but I dug deep and finished, crossing the finish line as fast as my body could go!

As soon as I crossed the finish line, the race director “Stormy” gave me the biggest hug, and said, “You are now a Marathoner and nobody can take that away from you!” I burst into tears and hugged him tighter… If he only knew how much those words meant to me…I was so overwhelmed.

I was awarded my Golden Goddess of Victory!! Which was etched with the words…

Unfortunately, there wasn’t a big party, or a ton of people left by the time I finished. The food that was left was cold and I didn’t receive a thermal blanket, but none of that stuff really mattered… I was so proud to be wearing that Golden Goddess of Victory around my neck, that nothing was going to ruin that moment. 🙂

Completing this race also meant I earned the “Doubler” coin! This coin is earned by completing the 5K on Saturday and either the Half or Full Marathon on Sunday.

If it wasn’t for Laurie, I might have left without it. I was so confused on where to go, I had completely forgotten about it. Laurie pointed me in the right direction, so I didn’t miss out.

All in all I believe I did better than I thought I could do, and I am so very proud of myself for completing my very FIRST Marathon!

“Through the confetti shower, past the parks, through the tunnels, over the hills, into the block party, around the Center of the Universe, into Guthrie Green… Hello Goddess of Victory!!!”

I AM A FREAKING MARATHONER!!!! Wow! 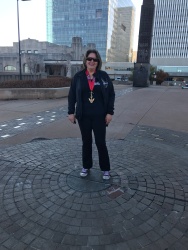 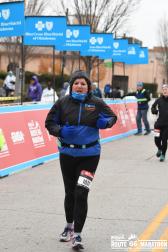 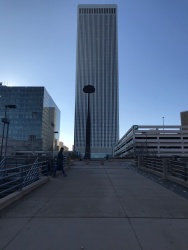 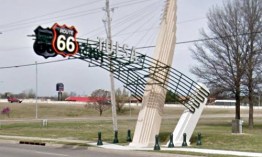 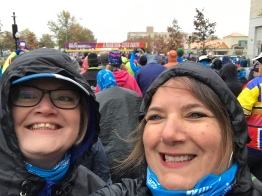 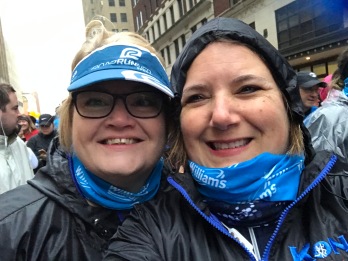 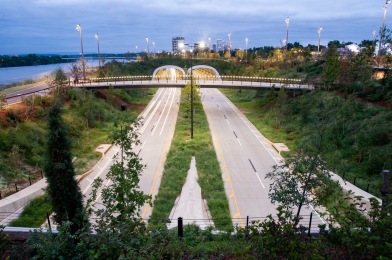 Not my Photo, but this is the tunnels on route 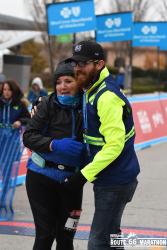 The moment I realized I DID IT!! 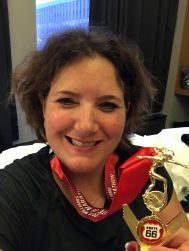 My hair says it all! LOL

Center of the Universe Coin

Finish line- Pain in my legs 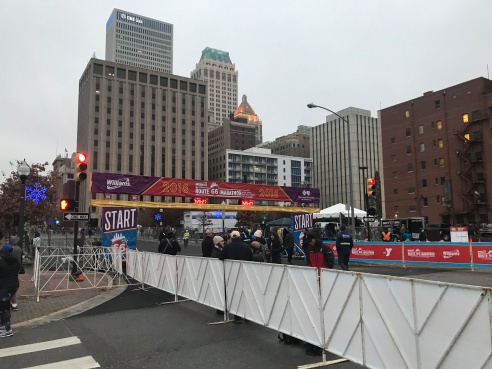 Not my photo, the people 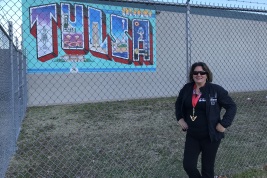 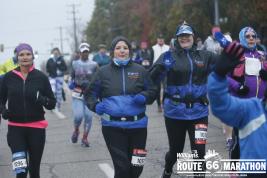 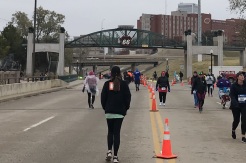